Optional callout text right side.
Accueil / Magazine / Interview / It is totally doable to both contribute to the Commons and succeed as a business.

Creative Commons launched a Kickstarter campaign to crowdfund a book on open models : Made with Creative Commons: A book on open business models. A few days before the campaign ends we interviewed Paul and Sarah who co-lead the project. A way to continue the discussion started last year when we published Open Models.  Are CC licenses good for business ? What business models can emerge ?

A couple of years ago CC celebrated it’s 10th anniversary and the licenses are now widely used in all digital content types. Why addressing now the question of the business models and what impact do you want to have with the book ?

Creative Commons has become the global standard for open licensing of content with 882 million works licensed as of 2014. Thats tremendous growth since CC’s inception. A large amount of sharing is happening at the individual level with people everywhere sharing photos, songs, videos, books, and other creative works. A lot of personal sharing is motivated by altruistically contributing to the social good of humanity by putting works in the Commons for others to use. However, some people are also really interested in the ways this can affect their reputation, garner additional opportunities, and further their careers. Individuals are looking to see examples of how open licensing content with CC has played out in a quasi-business sort of way for other people.

Over the 10+ years of CC’s existence there has also been growth in open licensing by libraries, museums, universities, Foundations and other public or non-profit entities. There is an increasing recognition that work done with public tax-payer funds should result in work freely accessible to the public that paid for them. However, organizations like these approach sharing differently and often have questions about impact of open licensing on their value proposition, finances, and services.

As open licensing with CC matures it is becoming increasingly important to understand the ways in which open licensing content affects public and non-profit business models and sustainability over time. A lot of growth in CC use has occurred outside the for-profit sector making it a sector we hope to make a significant impact on with the book.

Making evident how Creative Commons based business models work in the context of for-profits has potential to further accelerate growth in use of CC licensing.

We think it is totally doable to both contribute to the Commons and succeed as a business.

The book will show ways in which this is done. All these factors have led us to realize that now is the time to show how open business models based on use of Creative Commons work.

CC licenses are mostly used by independent artists and projects. Do you have examples of mainstream organisations using CC licenses ? What’s missing for CC licenses to go mainstream ?

Its true that CC licenses are used a lot by independent artists and projects, but there are a large and growing number of mainstream organizations using CC licenses too. Here’s a few:

Without disclosing any specific results (as you are still working on the analysis), do you see some Business Models particularities according for example the content type (music, video, photographs, video games, …) or the type of license (e.g. : NC) ?

Based on the work we’ve done so far business models can be different based on content type, type of license, type of organization (public sector, non-profit, B-companies, for profit) and sector (arts, culture, education, science, GLAM, …).

But there are other parameters too. For example:

The idea of CC licenses is to provide the end user with free access to digital content. If he doesn’t pay for the content what role the end user can play in the business model ?

Providing « free » access to digital content is only half the value proposition of CC licenses. Other equally critical permissions (depending on the license) are the right to use, retain, reuse, remix, and redistribute the work. These « open » permissions complement free access enabling downstream users to adapt and enhance content. End users propagate and magnify the creative act of the originator building something better, different, localized, translated, and more than the originator could do themselves. Creative Commons licenses make content « free » and « open » with the open aspect being the place where end users play a key role.

This openness enables users to affect the business model in a wide variety of ways including:

Beyond art work and entertainment, new content types are digitized (open data, open design, …) what role CC wants to play in those new territories of openness ?

Beyond art work and entertainment CC is playing a large role in many new and emerging initiatives including:

CC advocates for, supports, and promotes these new territories of openness. A key role we want to play with our open business models work is illustrating how these new initiatives work from a customer, value proposition, social good, revenue stream, and partnerships perspective. The more understanding we can garner the more adoptions we expect to see.

Sarah is Senior Counsel at Creative Commons. As a lawyer and former journalist, Sarah is a critical thinker with a lifelong goal of using fewer words to say more. (Photo by Amber Kaiser)

END_OF_DOCUMENT_TOKEN_TO_BE_REPLACED

Paul is Associate Director of Global Learning at Creative Commons. As an educator and serial startup specialist, Paul thrives at making visible the possible and bringing new possibilities to life. Creating good in the world and having a good bottom line are core to his vision and work.

END_OF_DOCUMENT_TOKEN_TO_BE_REPLACED 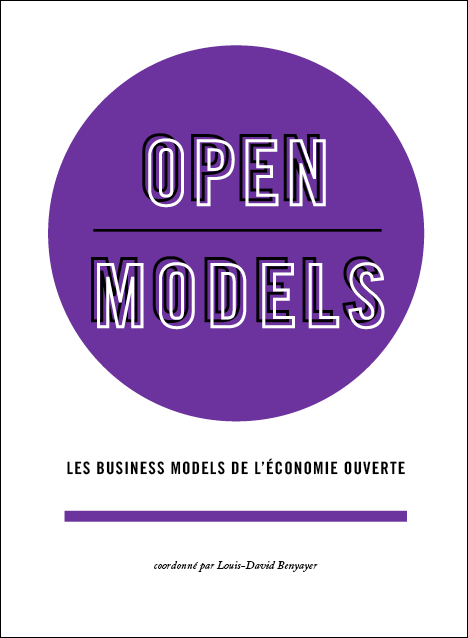